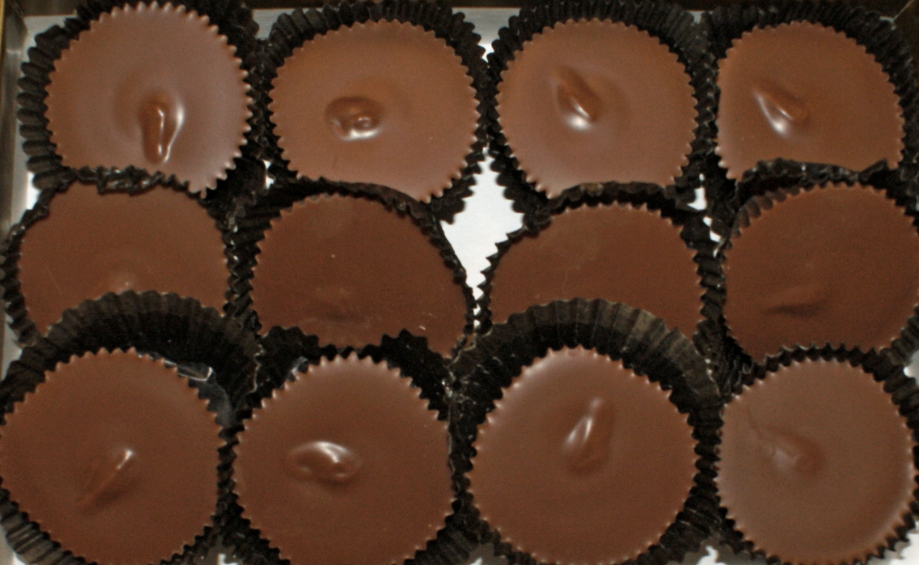 Remember those peanut butter cup ads from the 1980s?

Two people walking down the street, one munching a chocolate bar, the other – improbably – just eating peanut butter straight from the jar.

They bump into each other and then:

“Hey! Your peanut butter’s in my chocolate!”

“Your chocolate is in my peanut butter.”

Then they taste this new combination – one apparently unheard of in the universe of this commercial – and learn something we’ve known for years here at our chocolate shop in Bucks County: When peanut butter and chocolate come together, it’s glorious.

So glorious that Reese’s peanut butter egg is the largest-selling Easter candy in America, accounting for nearly 10 percent of the $1.2 billion in Easter candy sold each year. 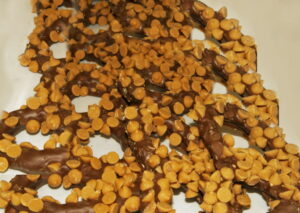 The History of Peanut Butter

Let’s make something clear: We mean no disrespect to George Washington Carver. He was a great inventor, and managed to find more than 300 ways to use peanuts. He’s essentially the father of the peanut industry.

But he didn’t invent peanut butter.

Peanut butter has been around since the days of the Aztecs, but the version of it we’re familiar with dates back to 1884, when Marcellus Gilmore Edson patented peanut paste.

In 1922, chemist Joseph Rosefield created a process for making smooth peanut butter that kept the oil from separating. Six years later, he licensed his invention to the company that became Peter Pan. Rosefield would eventually start his own company: Skippy.

By the mid-1920s, the H.B. Reese Candy Company was making its own peanut butter cup, using chocolate from Hershey.

The Science Behind Chocolate and Peanut Butter

So what makes the combination of chocolate and peanut butter such a classic? Give some credit to what’s known as “dynamic sensory contrast,” food scientist Gregory Ziegler told Mic earlier this year.

Our brains enjoy the contrast between the chocolate’s smooth melt and the crunch of the peanuts. That sensation makes us want to eat more, “so you can thank dynamic sensory contrast the next time you inhale a dozen mini peanut butter cups in one sitting,” Mic said.

This sensation is also known as the “ice cream effect,” said Ziegler, who teaches at Penn State. Even when we eat a big dinner, we often make room for ice cream because our taste buds crave the sensation of it changing texture.

But there’s more to our brain’s love of the chocolate/peanut butter blend than just dynamic sensory contrast. There’s also something called the “Maillard reaction,” which Ziegler says is like the response our bodies have to roasted nuts, grilled steak or baking bread.

We’re hardwired to react to the browning that occurs when most kinds of foods are cooked, a sign of chemical reactions that change the way food tastes.

“In sum, the taste, smell and texture of chocolate and peanut butter make them a triple threat,” Mic wrote. “Which means you should probably eat three peanut butter cups, right?”

We don’t disagree. But there’s more to the peanut butter cup than what you find at your grocery store. Why not try something homemade? A visit to our chocolate shop in Bucks County – or our website – might change your mind. Here are a few of our favorite chocolate and peanut butter combinations!

One thought on “Chocolate & Peanut Butter: A Classic Combo”