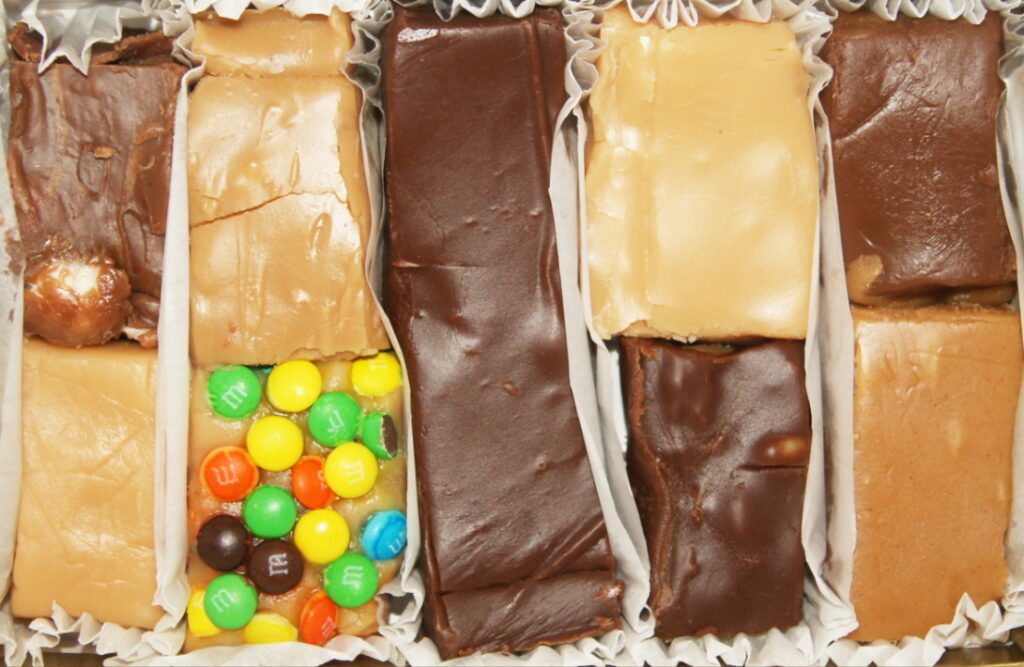 There are certain foods that are forever linked to certain places: Cheesesteaks and Philadelphia. Maple syrup and Vermont. Deep dish pizza and Chicago.

And at towns along the New Jersey shore, it’s two types of candy: salt water taffy and fudge. You may have your favorite boardwalk treat, but its these two that stand out among the list of Jersey shore icons.

In this blog post, we’ll look at the history of salt water taffy and fudge in New Jersey.

People have been eating taffy for hundreds of years. Its roots stretch – pardon the pun – back to Baghdad in the 9th century, according to Lisa Wong Macabasco, who wrote a history of fudge and taffy for Slate.

Taffy came to America in the 1840s, and was especially popular in Atlantic City, becoming one of the first snacks sold on the boardwalk in the 1870s.

“It was in Atlantic City that taffy added salt water to its name—though not actually to its recipe,” Macabasco writes.

The story of how that happened might be an urban legend: A shopkeeper found his candy store flooded by a high tide, which left his taffy supply covered in sea foam.

The taffy still tasted fine, but the shopkeeper – identified as “David Bradley” in some versions of the story – was worried people wouldn’t want to buy it. His solution: rebrand the candy as “salt water” taffy. (There is no salt water in salt water taffy, although there is some salt used in the recipe.)

“Legends aside, the ploy of directly associating taffy with the sea (and by extension, vacations), as a number of vendors did, worked brilliantly,” writes Macabasco. “Tourists treated themselves to taffy while at the beach and took boxes of it home with them as souvenirs.”

By the 1920s more than 450 companies were making salt water taffy, among them major innovators like Joseph Fralinger – who helped popularize taffy by packaging it as a souvenir – and Enoch James, whose breakthrough involved cutting the candy into bite-sized pieces. 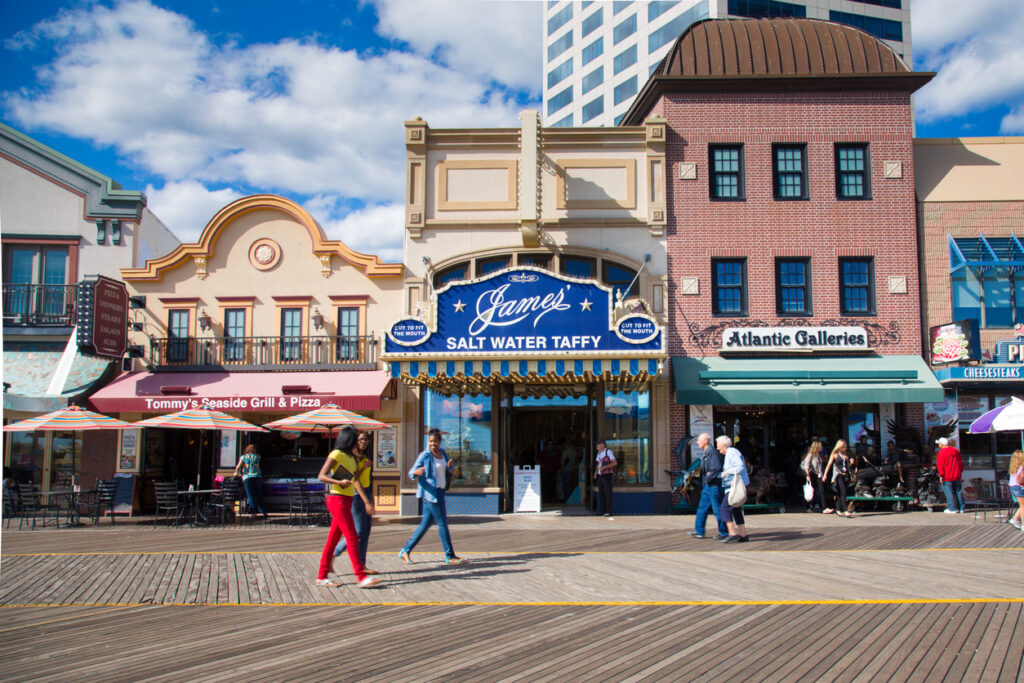 How did salt water taffy wind up in the Supreme Court?

The story of David Bradley might be an urban legend, but in the 1920s, a candy maker named John Ross Edmiston claimed to have named salt water taffy “under much the same circumstances,” says Vicky Hyman of New Jersey’s Star Ledger.

Edmiston filed a lawsuit against the country’s taffy makers seeking millions of damages in a case that eventually wound-up before the Supreme Court. In 1925, the justices ruled that the term “salt water taffy” could not be trademarked.

Although fudge-making requires a lot of precision in the kitchen, it may have been invented by accident.

Like salt water taffy, fudge has a mysterious origin story. Legend has it that fudge was first created by someone who messed up while trying to make caramel. They had “fudged” the recipe, and this crystalline candy had its name.

The first known batch was apparently sold at Vassar College in 1886, although it was sold by a student who got it from a Baltimore grocer.

By the end of the 19th century, it was a popular treat at women’s colleges, with students at Wellesley and Smith creating their own versions of fudge.

Fudge in New Jersey may not have the same sort of legendary stature as salt water taffy, but it’s actually the more popular of the two delicacies.

There are more than a dozen stores making fresh fudge on the Jersey shore, while only a handful still make their own taffy.

If you’re looking for salt water taffy and fudge in New Jersey this summer, look no further than Stutz. We’ve been making our fudge the old-fashioned way for nearly eight decades, with recipes first crafted in the 1930s.

Our fudge operations peak in the summer, with at least 10 flavors on sale. And if you’re not a fudge fan, you can always take home some salt water taffy we source from James, one of the candy’s pioneers.

Visit our website to learn more – or stop and see us in Ship Bottom.