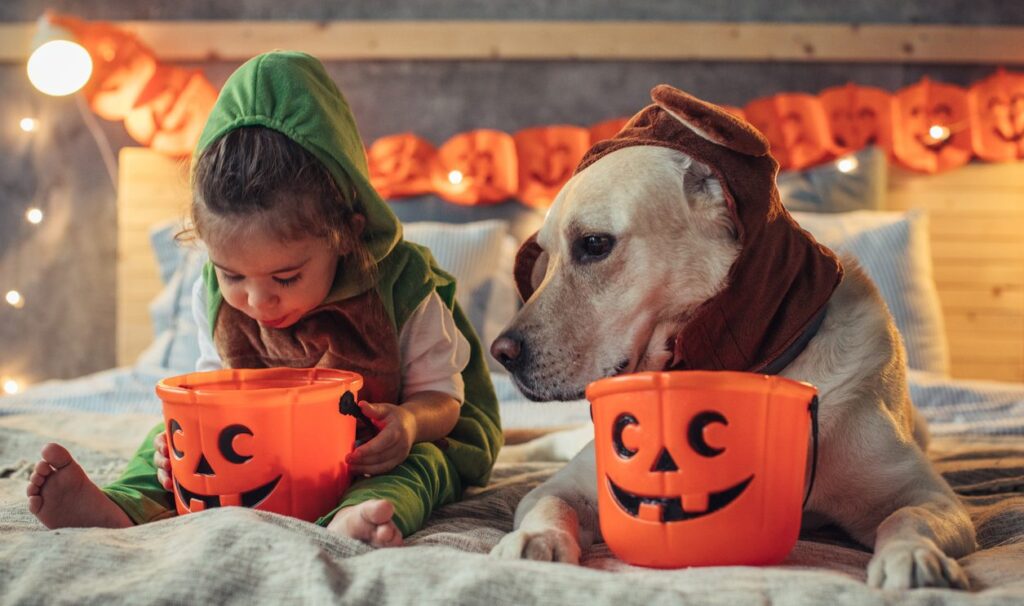 Halloween is a big holiday, one that we’re willing to spend billions of dollars each year to celebrate with costumes and Halloween candy.

It’s also an old holiday, dating back thousands of years to the Celts, people who lived in what is now Ireland and the UK. Many of the things were now associate with Halloween have their roots in Celtic traditions. For example:

The Story of Halloween Candy

The stretch between late fall and early spring have historically been a boon for the candy industry. Whether it’s boxed chocolates at Christmas, boxed chocolates again on Valentine’s Day, or chocolate bunnies at Easter, candy companies could count on Americans to buy up sweets pretty regularly during this time period.

But back in 1916, the industry needed a way to boost sales in the fall. Someone at the National Confections Association Seized on the idea of “Candy Day,” designed to celebrate “good will, appreciation and good fellowship” on the second or third Saturday in October, according to promotional materials sent out by the association.

It took a few years for the idea to really get rolling, but in 1921, one of the organizers seized on the idea of doing a well-publicized giveaway of candy to orphans and old ladies.

As the Atlantic puts it in its history of the connection between candy and Halloween:

“Celebrities were recruited and newspapers alerted to the stunt. It was a savvy maneuver to outflank the public’s emerging suspicion of being manipulated by self-serving business interests. Candy Day was re-christened ‘Sweetest Day,’ and the promotional emphasis shifted from flat-out candy sales to the finer feelings of romance, gratitude, and generosity.”

People celebrated Sweetest Day for the next few decades. Then came trick-or-treating.

When kids in America began trick-or-treating in the early 20th century, it was mostly as an excuse to dress up and play pranks rather than to get “treats.” It was the one night of year when causing mischief would more or less be tolerated.

By the 1940s, people had begun to give out little gifts as an alternative to tricks, but these gifts were more likely to be coins or little toys, or a homemade treat, rather than store-bought candy. But candy makers saw an opportunity here. Prepackaged candy was cheap and convenient.

“Busy moms liked candy as a giveaway because it was premade and prepackaged; also, it was easy to buy in bulk,” writes Claire Swinarksi in The Kitchn. “And by the 1970s, candy was pretty much the sole thing given out on Halloween.”

Candy Day/Sweetest Day may not be as popular as it once was – although it’s still celebrated in the Midwest and parts of New York and western Pennsylvania.

Visit our online story to shop for your favorites. Happy Halloween (and happy Sweetest Day).