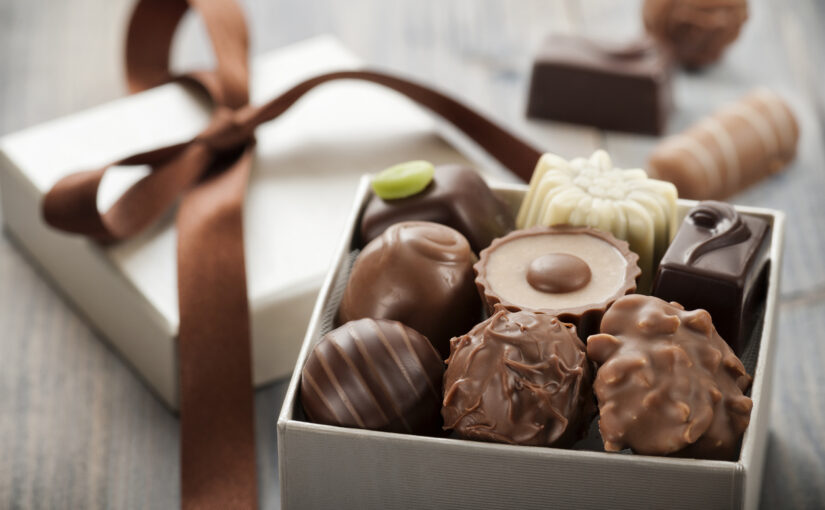 It’s late afternoon on Thanksgiving Day. Rather than relaxing at home, you and some of your family members have packed into the car and headed to your nearest big box store to snag that perfect holiday gift.

When the doors open at 6 p.m., you and a few hundred other people will file inside in hopes of getting an amazing deal on a new TV or video game system.

And as you trudge through the store on your way to the checkout line, you ask yourself “Why do we do this?”

Why indeed? We tend to advocate giving boxed chocolates at gifts and avoiding the Black Friday rush altogether. But then we started to wonder: “Why do people give gifts around this time of year?” and decided to do some research.

The story of Christmas gifts

The story of the first Christmas usually involves a guest appearance by the three wise men who brought gifts to the baby Jesus.

But gift giving around the winter solstice is a much older tradition. Many early cultures, including the Romans, had solstice celebrations that included gift giving. As Christianity became more widespread throughout the Roman Empire, the tradition remained.

Eventually, the practice of gift giving was tied to the story of the three wise men as well as that of St. Nicholas, a fourth-century Greek bishop and gift-giver.

Unfortunately, some early Christian rulers saw this tradition as a way to get their subjects to shower them with gifts. The old-time Christmas carol “Good King Wenceslas” tells the story of a ruler who abandoned this tradition in favor of giving back.

By the 20th century, retailers had caught on the fact that they could make a mint during December and began marketing products to children in an effort to convince parents to buy more stuff.

Fast forward to the year 2018, and Christmas is bigger than ever. Holiday sales are expected to reach nearly a quarter of a trillion dollars this year.

And sometimes gift giving is tough. We often don’t know what to get for certain people on your list, as anyone who’s ever taken part in the office’s Secret Santa gift exchange can tell you.

That’s why we think chocolate – and other candy – can make a good holiday gift. It’s something most people enjoy, or at least can share with friends and family members. There’s something for everyone in a box of chocolates.

And you won’t need to venture out on Black Friday to get it. You can shop for Stutz’s homemade candies right from home.

Visit us on the web or stop into one of our stores after you finish with the Black Friday rush.