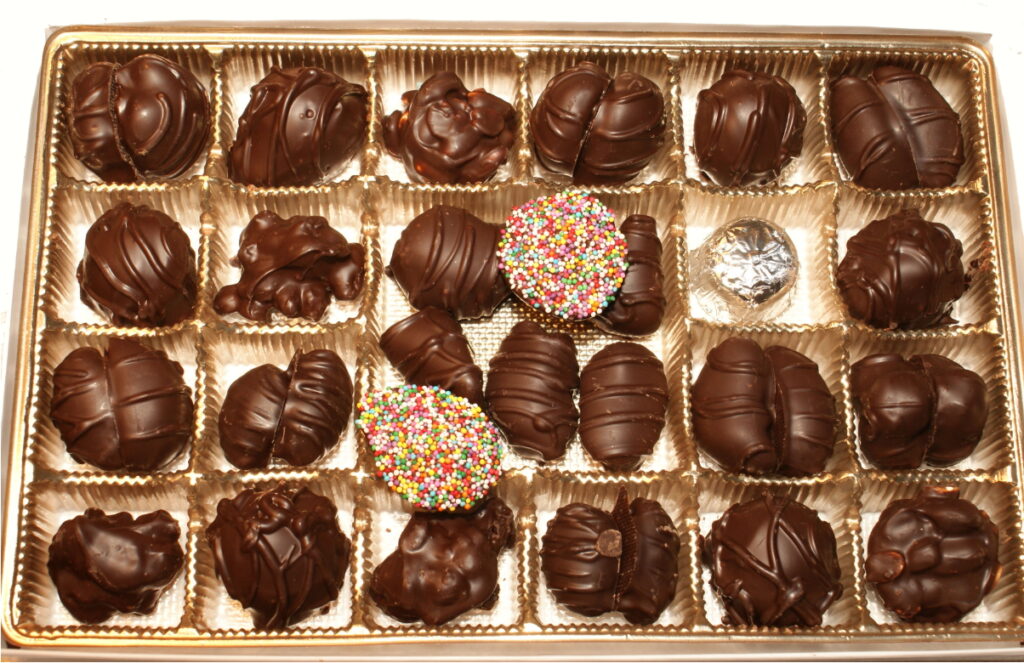 A new year has arrived, and with it comes resolutions.

No, you didn’t misread that. And yes, we do have a pro-chocolate bias, as we’ve spent decades making and selling dark chocolate in Bucks County.

But like we always say when we publish one of these “Eat More Chocolate” blog posts, science is on our side. Here are a few reasons why you should eat more dark chocolate in 2017.

It protects against heart disease

The next time you indulge in some dark chocolate in Bucks County, you can tell yourself that it’s good for your heart. This isn’t just rationalization. A study at the University of Cambridge in England found that regular chocolate consumption lowered the risk of heart disease.

Researchers looked at 114,000 people and found that those who ate the most chocolate had a reduced risk of heart disease.

The findings are in keeping with numerous other studies that suggest cocoa products such as chocolate can promote cardiovascular health. And because dark chocolate contains a higher cocoa level than milk chocolate – and less fat and sugar – it is naturally healthier.

It boosts your brain power

Does chocolate make you smarter? A study published in the journal Appetite suggests it might. It found that people who ate one chocolate bar per week showed better cognitive performance than people who ate no chocolate at all.

It can lead to happier babies

Pregnancy can be a stressful time, but eating chocolate can help you get through it. That’s according to a study in Finland, which found that women who ate chocolate during each day of their pregnancy were able to manage stress better than women who abstained from chocolate. They also gave birth to happier babies.

It can fend off free radicals

Free radicals are unstable oxygen molecules that can – over time – lead to diseases such as cancer and Alzheimer’s. When we eat foods that are rich in flavonoids and antioxidants – such as dark chocolates, we’re protecting against free radicals.

It reduces your risk for strokes

Two different studies – on in Britain, one in Sweden – found that women who ate higher amounts of chocolate were less likely to have a stroke. But the researchers cautioned that more work needed to be done to identify the types of chocolate that would most help lower the risk of stroke.

It improves your mood

There’s science behind the good feeling you get when you bite into a piece of chocolate. The fatty acids in dark chocolate boost your mood by stimulating the neural activity in the part of your brain that regulates feelings of pleasure and reward.

It can help your cough

In 2010, British scientists studied a new cough medication that contained theobromine, an ingredient found in cocoa. It calms the vagus nerve, the part of your brain that causes you to cough.

It may help prevent cancer

Preliminary studies around the world have shown that people who eat anti-oxidant rich chocolate develop fewer cancers than people who don’t eat chocolate.

Visit us online or at one of our stores and we’ll help you start the new year with some tasty, hand-crafted dark chocolate. We carry a variety of dark chocolate treats to help you keep your resolution, from chocolate-covered pretzels to dark chocolate truffles. Order some today!