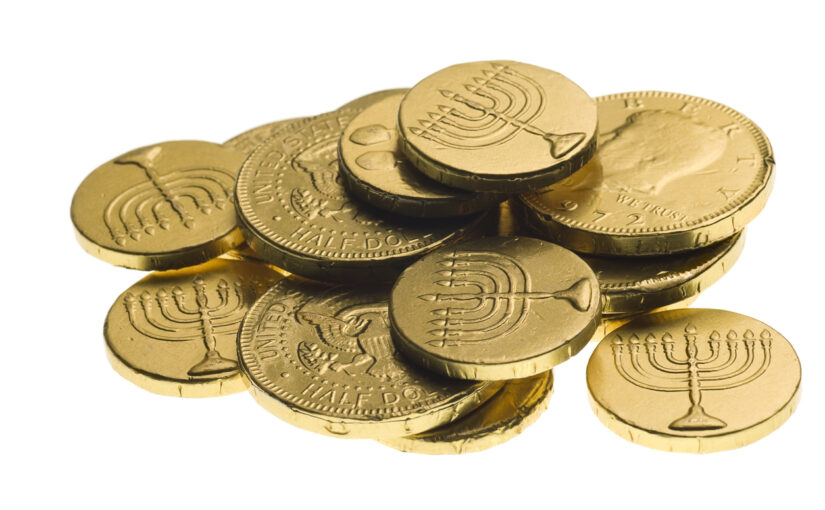 Spend enough time reading our thoughts on dark chocolate, and you’ll realize that we love talking about the history of our favorite confection.

Regular readers of the blog know that history stretches back to the pre-Colonial Americas, when the Mayans and Aztec enjoyed an unsweetened chocolate drink that they’d flavor with things like hot peppers and corn meal.

In fact, we get the word chocolate itself from the Mayan word for “bitter water”: xocoatl. The Mayans saw cacao – the chief ingredient in chocolate – as a valuable symbol of life.

So valuable, in fact, that they may have used chocolate as currency.

For the Mayans, chocolate was “a very prestigious food…and it was almost certainly a currency,” anthropologist David Freidel told Science magazine last year.

As the magazine notes, the Mayans – like many early civilizations – had a barter economy instead of using coins for money. In the 1500s, the Spanish who conquered the Mayans would report using cacao beans as currency.

We’ve also written about the value the Mayans – and later the Aztecs – placed on chocolate.

For the Aztecs, it was quite literally “the food of the gods,” with the cacao tree being handed down from on high by the god Quetzalcoatl. The Aztec emperor would drink 50 cups of xocoatl a day.

But did the Mayans use chocolate as currency before the Europeans showed up? To find out, archeologist Joanne Barton began studying Mayan artwork – murals, ceramic paintings and carvings – created between the third and 10th centuries.

The one thing this art had in common was that they depicted market exchanges and people paying tribute to Maya kings.

“Chocolate didn’t pop up much in the earliest art, but it became more prevalent by the 8th century C.E.,” writes Science’s Joshua Rapp Learn. “That’s also around the time people seem to be using it as money—that is, an item widely accepted as payment for goods or services rather than a one-off barter.”

Paying your taxes in chocolate

In the earliest depictions of a chocolate-based exchange – from a 7th century mural displayed in a pyramid near the Guatemalan border – a woman offers a bowl of liquid chocolate in exchange for dough used to make tamales.

Later artwork shows chocolate being treated more like coins. While in some artwork, people pay a tax or tribute to Maya leaders with goods like maize or tobacco, the items that showed up most in these pieces are bags labeled with the amount cacao beans held inside, according to Baron, who published her findings in the journal Economic Anthropology.

Cacao was beloved by the Mayans, and it was more prized than other crops because cacao trees didn’t grow well near their cities and were subject to crop failure.

In fact, this might have led to the collapse of Mayan civilization, with drought disrupting the cacao supply and thus their economy, Baron said.

But Freidel was skeptical of the idea that the loss of one commodity would cause the system to crash, arguing that the Mayans had other types of items to use as currency.

We’ve come a long way from the barter system, but one thing remains the same: Americans, like the Mayans, love chocolate, even if our Bucks County dark chocolate is far different from xocoatl.

We’re proud of the role we’ve played in chocolate’s evolution. Whether you’re a fan of milk chocolate or dark chocolate, Bucks County chocolate lovers can count on Stutz to satisfy their cravings. Visit us today at one of our stores, where we’ll sure you’ll find chocolate worth its weight in gold.